What is Direct tax code : Is it a good choice?

What is a direct tax?

The tax levying on the income of the persons, payable by the person only, is a direct tax.

It’s a compulsory payment to be provided to the government by the person, which serves as the main source of revenue for the government for the welfare of the society.

Back in 2010, the bill was proposed in Parliament to implement the direct tax code, and the standing committee discussed the same, there was a possibility for the implementation goes the Direct tax code from the 1st April 2012, but due to delay in the submission of the reports, it was not possible.

Tries have been done for a long to replace the complicated, decades-old Income-tax Act, of 1961 with the newly designed DTC or Direct tax code to make the tax regime simpler and easier to understand.

However, it's highly diplomatic talk that the new design would be accepted by the public and will it be successful in replacing such a big INCOME-TAX ACT, 1961.

Former Finance minister, P. Chidambaram ji said on Monday that the current Income-tax act must be replaced by the Direct tax code. 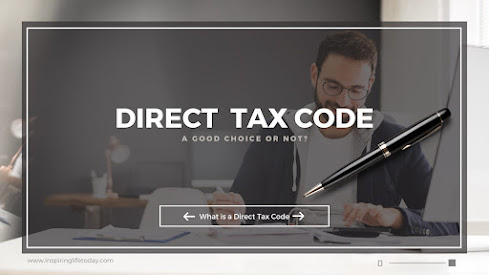 What exactly Direct tax code is?

The Direct tax code is the newly designed tax law, which is aimed to replace Income-tax to make the law much simpler and easy to understand.

The total income is bifurcated into 5 heads of Income namely: Salary head, House and property head, business and profession head, Capital gains, and other sources. The direct-tax code is expected to replace 5 heads with 2 heads only.

Although, there are several reasons for changing the existing Income-tax act, here are the two main reasons for the proposal of implementation of the Direct tax code-

1.    Complication: The Existing Income tax act is highly complicated with 298 Sections excluding the sections having suffix A, B, AA etc., which makes it more than 700, and filled with a decent amount of Subsections, clauses, and sub-clauses. The direct tax code is expected to make the system more efficient and simplified.

2.    Loopholes: It's believed that the Income-tax act is filled with a high amount of loopholes, using which, and the tax of crore is being evaded by many...

How Direct tax code is beneficial?

1. The key benefit of the Direct tax code is the non-complexity, which means, it can be understood by someone having a decent knowledge of law and tax.

2. Citizens earning a total income up to 55 lacs are expected to get major tax relief'

3. The startups may get high incentives

4. Dividend distribution tax may be abolished

6. Tax slabs may be increased

When it can be implemented?

There is no date of implementation announced yet, but it may take a good time to check all the pros and cons of the implementation.

The new Direct tax code must be diligently prepared and should cover all the persons who should pay taxes.

Is it a good choice?

It would be a challenging task for the government, if they implement it, to replace a new design with well-established big law.

The government may face a high loss of taxes during the implementation of the new Direct tax code, but the DTC would be easy to understand for the general public and other business houses. 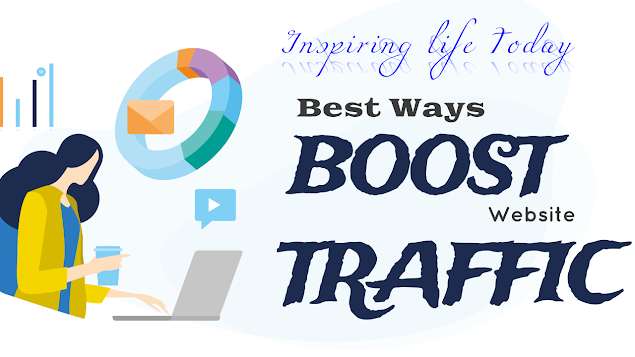 Give your precious 10 minutes of life and you will not regret your decision.  For how long are you guys doing blogging? 2 Months? 3 Months? Even some might be doing it for a year or two but still are not getting enough views as expected.  Am doing blogging for the last 2 months and I have gained Nearly 40 thousand views in that period with users from Germany, the U.S.A, France, India, and many other countries as per GA Report. But you might be seeking some tips to improve your blog traffic so here I am,  Will be providing you some personally used tricks to improve your blog traffic but before that read the following main points.   NICHE Select Niche of the right kind. Do plan what kind of audience you want to target?  The niche can be Education, Health, Technology, Blogging, Affiliate Marketing, and many more.  It depends on you which you want to go with.   CONTENT Make sure your content is user-friendly and easy to read.  It must be interesting enough so that 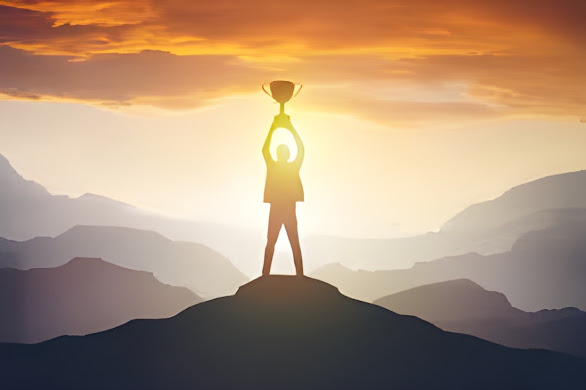 How to clear CA Foundation in First attempt

CA FOUNDATION Chartered Accountancy: One of the Most Interesting and hardworking professional courses which require a lot of dedication and it's not a piece of cake that you can take it lightly.  During the whole journey of Foundation not only it will test your patience but also with that it will test your mentality and willpower. The CA Foundation exam consists of 4 Papers: PAPER 1 :    PRINCIPLES AND PRACTICES OF ACCOUNTING   PAPER 2 :    BUSINESS LAW & BUSINESS CORRESPONDENCES & REPORTING PAPER 3 :    MATHS, STATISTICS & LOGICAL REASONING PAPER 4 :    BUSINESS ECONOMICS & BCK Coming to the point, The following tips are given after proper communication with various CA Aspirants and with personal experience.  Knowledge is Important not Marks . The Eligibility Criteria and Passing Marks define this statement. Anyone passing the 12th exams can register for CA and with that,  you will be surprised that to pass the CA Foundation exam you will need 40 marks in each 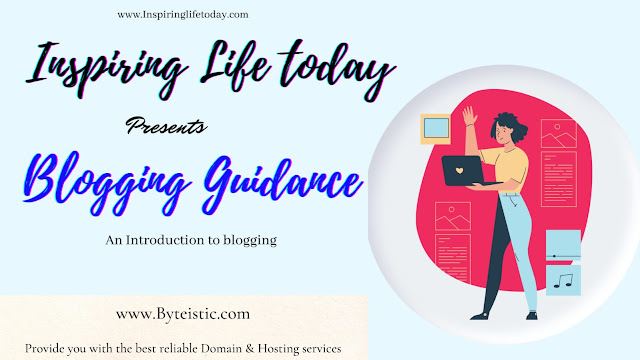 Blogging Part 2   Good evening guys, so welcome back to the new post of our series for Bloggers - "Bloggers Special" this is going up as a basic guidance (Introduction to Blogging) for bloggers, where you will be taught the fundamentals of blogging.    Blogging is how someone stocks his/her ideas, recommendations through text and images. Blogging being the most popular way of expressing thoughts is has high scopes from 2022 onwards. BLOGGER : You might be thinking of how to start blogging, well Blogging can be started easily via Blogger if you are a beginner and just want to have some trials.    The Blogger provides you a free platform where you can easily choose a domain name and after customization, you are good to go for publishing your posts.    But, if it was so easy and profitable then why could WORD-PRESS even exist? BLOGGER platform is free to use and does provide hosting for Free but there are a lot of restrictions and limited features on Blogger, that rest